I had a really good time finishing up on the PICO8 version of Clarice Clairvoyage the last few weeks. In this post I’ll quickly go through the last things I tidied up and about some of the next steps for the project. I won’t be sharing the builds of the demo just yet since the Steam page isn’t live yet and I want y’all to be able to wishlist it immediately if you enjoy the game :)

The demo is ready!

Last time I needed to finish up on some smaller things before the demo was ready. Since then I rewrote and reworked the adventure system and reward generation. After that it was mostly about balancing the enemies and rewards so that the experience becomes enjoyable, accessible and a little bit spicy in difficulty. I also rewrote some of the music for the gameplay and added a bunch of sound effects for spells and other happenings in the game. I really learned that adding smaller sound effects and screenshake can be the difference between a fun little interactive toy and an engaging game or experience.

Afterwards, the main priority was smoothing out the gameplay and polishing the living crap out of it. I also looked critically at some parts that I can improve for the sake of performance. I felt like a 90s programmer trying to get every ounce of performance out of an NES game. I added a few tricks like low quality rendering of certain elements when spells are used (you can guess which elements if you’d like!).

Porting the rest of the game & other future plans

It comes to no-one’s surprise that there’s only so much game you can cram into a PICO8 cartridge before you run out of space. I’m happy to share that the current cartridge of Clarice Clairvoyage uses all 8192 tokens it has available to it. With some updates here and there there might be a token removed, but the idea still stands: the game is too big for further expansion on PICO8. Therefor, I’ve decided to port the game to another engine to keep adding content such as spells, enemies and puzzles! The base gameplay isn’t going anywhere though, so if you like the PICO8 version, chances are you’re gonna love the full game as well.

I’m still evaluating some choices for porting, mainly Love2D with PicoLove or using Godot with a Lua extension to handle some of the leftover gameplay code from PICO8. Who it’ll be I’ll announce in another post, but I assure you it’s gonna be worth the switch!

All of the art, music, design and programming was done by me in the PICO8 version of the game, on a Raspberry Pi 400. And although I love getting my hands dirty and challenging myself, the rest of the development will include a lot more talented artists that can make prettier and nicer sounding things than me. A bigger version of the demo will be released at the end of this year or the beginning of the next. Besides that, I’ll be switching to my Macbook Air for the rest of development which has a slight performance increase over the Raspberry Pi ;)

Thank you all so much for following me along thusfar

If you’re not already following me or the project on Twitter, you should! I really need your support over there. You’ll also be in the loop on when the Steam page goes live so you can further support me!

If you’re reading this on the PICO8 BBS forum, this will be my last devlog on here since my PICO8 journey ends here. However, I’ll be back in a few days/weeks to share PICO8 cartridge with you!

Thank y’all so much! 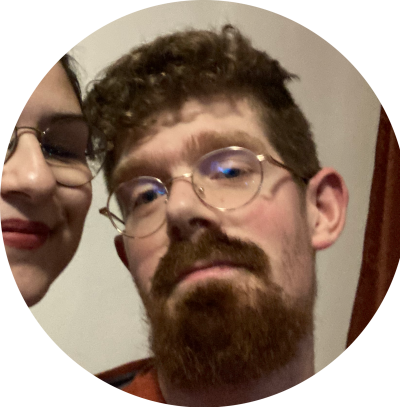 Hey there! My name is Bram Dingelstad: an indiedeveloper & activist. I write articles sometimes. You can hire me as well!